Hi, what are you looking for?

Solar Inverter is the backbone of Solar System
Advertisement

Climate Change is a Moral and Social Issue!

Why are Tubular Lead Acid Batteries the most viable Energy Storage devices?

How to select your Solar Plates?

In this blog, we realize how we are blessed with an inverter, which typically includes the brains that the solar system. They usually have tiny screens that are on WiFi connectivity, and also a UPS feature on your mobile phones. You can track the amount of power you’ve consumed, the amount of power that was generated and exported, all that kind of thing. The primary function of solar panels is to transform the DC, direct current power generated by solar panels to an alternate current or AC power source, which is the one that your home and grid generally use.

Solar Inverters are usually large units and are usually placed outdoors on walls as they are IP65 protected or better. Also, you must make sure to place them in a position that is not directly exposed to sunlight however, while they can withstand rain and sunshine but it is better to keep them covered against the weather. An overall, long-term endurance. The size of your inverter is also dependent on the size of the solar system is. In the past, they would roughly match one to one. In the present, it’s normal to observe the generated by the sun to be slightly higher than that of is expected Inverters can manage.

For example, say you’ve got the 6.5 Kilowatt solar array and upgraded to the limit of a five-kilowatt inverter. It means that the inverter has a DC/AC ratio of 6.5/5 = 1.3. It may seem like this at first since you’re paying more for solar panels than you’re able to manage. But the way you receive that cashback is in the winter months or on cloudy days. The rule of thumb is if there is cloud cover, which reduces the sun’s power production by half, you produce more power because of the greater number of solar panels. Simultaneously, for a net-metered solar solution, the window of opportunity is greater as the system will start working from an earlier part of the day, and as the sun starts declining the generation would still be there. This process is known as over-provisioning. 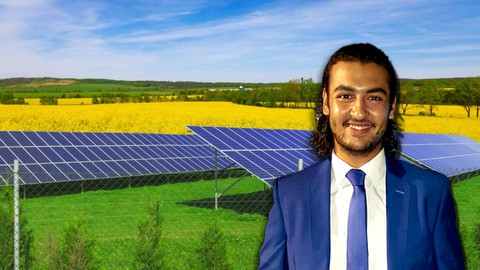 It’s been gaining popularity in Pakistan because solar panel prices have generally fallen in recent times in terms of price per watt. The size of the inverter you should have, the retailer should be able to do for you based on the size of your system, so you do not want to be concerned about all the information and why it’s you should know. Then, there are the basic circuits for the fuse box. This is precise as the name implies and is sized up of the wiring that connects to it.

The panels are connected to an inverter that comes with isolation boxes as well as switches so that electricians can switch on and switch off your solar arrays in the event they have to perform maintenance. Your installer will handle it all but it’s nice to know it’s a part of every system. Also, you shouldn’t just put the panels and the inverter in wherever you’d like to place them.

There are a lot of factors that impact profitability. This can be a little complex, but don’t be concerned. it will go through. The process will...

For many Pakistanis as well as other countries electricity used in the evening is significantly more expensive than the power that is utilized during...

Inverters are large and heavy items that are usually set up under a guard and bolted to the wall of a building. They are the...

Zorays KhalidOctober 3, 2021
Advertisement
We use cookies on our website to give you the most relevant experience by remembering your preferences and repeat visits. By clicking “Accept”, you consent to the use of ALL the cookies.
Do not sell my personal information.
Cookie SettingsAccept
Manage consent

This website uses cookies to improve your experience while you navigate through the website. Out of these, the cookies that are categorized as necessary are stored on your browser as they are essential for the working of basic functionalities of the website. We also use third-party cookies that help us analyze and understand how you use this website. These cookies will be stored in your browser only with your consent. You also have the option to opt-out of these cookies. But opting out of some of these cookies may affect your browsing experience.
Necessary Always Enabled
Necessary cookies are absolutely essential for the website to function properly. These cookies ensure basic functionalities and security features of the website, anonymously.
Functional
Functional cookies help to perform certain functionalities like sharing the content of the website on social media platforms, collect feedbacks, and other third-party features.
Performance
Performance cookies are used to understand and analyze the key performance indexes of the website which helps in delivering a better user experience for the visitors.
Analytics
Analytical cookies are used to understand how visitors interact with the website. These cookies help provide information on metrics the number of visitors, bounce rate, traffic source, etc.
Advertisement
Advertisement cookies are used to provide visitors with relevant ads and marketing campaigns. These cookies track visitors across websites and collect information to provide customized ads.
Others
Other uncategorized cookies are those that are being analyzed and have not been classified into a category as yet.
SAVE & ACCEPT